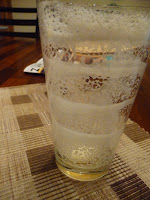 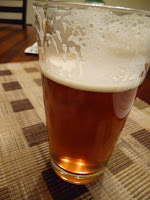 I brewed two Rye pale ales last year, one in June 09', and another in August 09'. I thought the second one turned out better because of all the "C" hops that were used. I will be adding a blend of "C" hops to dry hop with. Keeping malt bill similar with only some minor changes.
Posted by Unknown at Monday, January 18, 2010