Brewing with my favorite childhood fruit is always fun, but I wanted to try this fruit in a sour style beer such as Upland Brewing Co.'s Strawberry Lambic and I believe Mr. Barlow brewed a strawberry sour that is currently ageing. While many home brewing texts state that it is difficult to attain a pleasant strawberry flavor or that it changes into something like apricot I have not had this problem. By using fresh fruit and adding it to primary fermentation the flavors of the fresh fruit have been woven into the beers aroma and flavor in ways that surprised me. 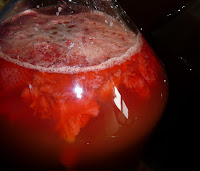 With this beer I added two pounds of strawberries to two and a half gallons of amber wort (12.6*p) and pitched wyeast roeselare yeast blend. I'm really enjoying the flavors that are developing in my aging flanders inspired red, framboise, and oud bruin that featured this yeast blend. I brewed this batch a couple weeks ago and the aroma is already fantastic. I'm looking forward to drinking this sometime next year. I may or may not add more strawberries next spring when strawberries are in season once again depending on flavor development until then.

Posted by Unknown at Thursday, October 06, 2011 No comments: 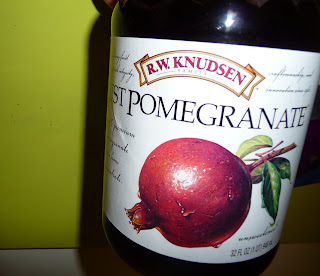 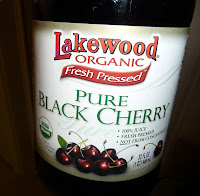 As I discussed in the Pineapple Wild Ale post a great way to stretch a brew day is to brew a batch of lower gravity wort and split the batch between different fermentors and add a twist to each fermentor whether being yeast, fruit, spices or keep one as a control. As part of a double brew day this batch of Amber wort started at 12.6*P (1.050 SG) and was hopped to 10 IBU's but then had different juice added directly to each fermentor. In this one I added dark cherry juice and pitched roeselare yeast blend to try and re-create the flavors of classic Kriek.